Skip to content
After about a week of daily rain and nearly hurricane force winds, everything calmed this weekend and for our Monday off of work for the Aid holiday it was like a summer day (in a place like the Northwest where it’s pleasantly hot in the summer).
We took a driving trip into the countryside to the northern coastal towns of Raf Raf and Ghar El Melh.  The farms were like manicured gardens:  intensely planted and the soil was rich and nurtured.

These towns are sleepy little fishing villages with a big history as posts of the pirates during the Ottoman occupation of the 17th century.

It was really quiet today, just some fishermen painting their boats and lots and lots of nice looking young men walking around and doing foolish stunts on motorbikes.  I think the young men in this country need more to do.   Maybe a lot of people are afraid that is true.
When I saw this roadside farmer’s stand I yelled STOP!  Look at this marketing idea, putting all of the produce into small buckets and displaying them on multi-leveled, multi-colored baskets.  You actually buy the produce by the bucket.  We bought two buckets of tomatoes, one of onions, one of peppers, and one of limes.

Upon returning home, we immediately rolled up our sleeves and began processing tomatoes.  The blog, Saving the Season, was very helpful in giving me a little sequence for getting them safely into jars.  We simply par boiled them in batches, chilled them on ice (until the ice ran out), peeled and chopped them, smashed and cooked them, and then put them into sterilized jars.  I sort of thought they would fill more jars than this, but then this is 1 1/4 gallons of processed tomatoes and that is a lot.

The final step is a 45 minute water bath and then the reward of every home canner:  the pop, pop, pop of the lids assuring her that the contents will be safe from botulism until she chooses to eat those tomatoes. 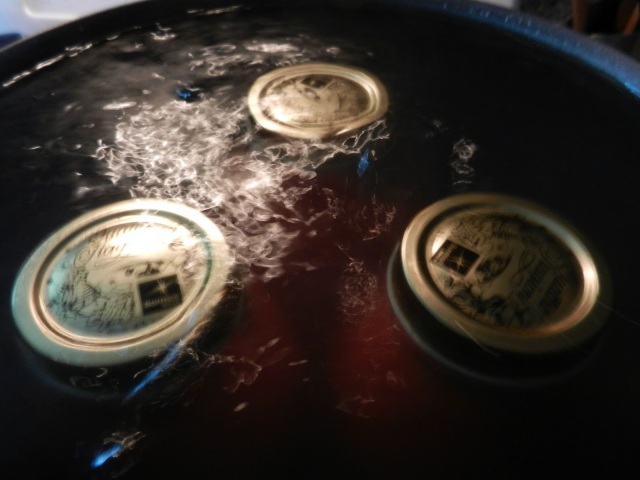 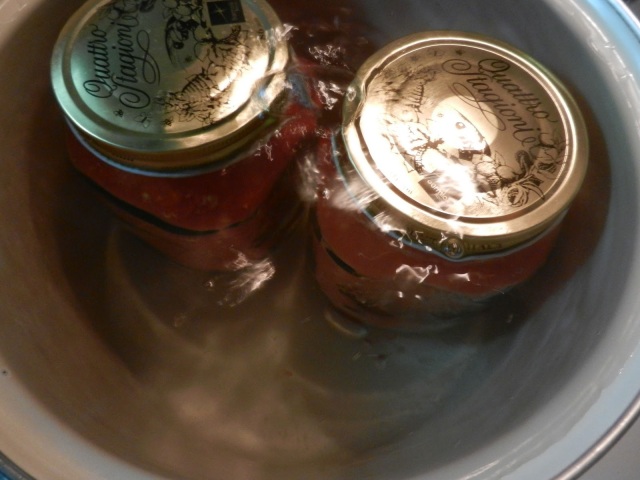