Here I sit at my house on Lummi Island, exactly one week post-op.  Last week was a bit of a blur, the edges filtered through narcotics.  It hurt, yes ma’m.  I think the uterus fairies had a prior booking that day and all that were available were Thing 1 and Thing 2.  They banged around and generally bruised everything, but the job was done, in the end.  For a few days following, there was no keeping ahead of the pain.  It showed up every three hours on the dot and demanded a handful of pills as ransom.  I complied and then watched life happen around me in dreamy snippets, half in and half out.  Standout images were of Gabe rustling up a massive Thanksgiving dinner:  20something lb. turkey, two dressings, two kinds of potatoes, gravy,  and cranberries.  Anton playing his bass.  The boys taking Giest in and out for little diversion adventures:  fake hunting in the field, swimming and fetching practice in the strait.  We also became obsessed with this Mansonish hippy band/cult and watched everything they had on the internet.  Yes, our interests range in odd directions.

Then, some Jehovah’s Witnesses actually knocked on my door on Saturday morning.  They were dressed in professional clothing, including panty hose, and I truly admired their dedication to canvas the island on a rain-spitting Saturday morning.  This, and the Pilgrims, and Edward Sharpe tumbled around in my mind and reminded me of myself at one of my most zealous times of life.  I was raised in a small, country,  evangelical community, which if you define cult as “of forming its own culture”, then it was a cult for sure, with its own practices and expectations within a closed membership.  When I was of high school age, I didn’t want to abandon my Christian beliefs, but I became interested in the allowable counter-culture expressions, largely derived from the Jesus Movement.  I was fascinated with communal living and if I had had the connections, would possibly have spent some time doing industrial amounts of cooking and becoming disillusioned in a Christian commune.  These were my first two cookbooks, aside from the Betty Crocker cookbook that was the only one I knew my mom to own.  These books fueled my imagination about the processes behind ingredient driven, formula-based cooking that still interest me today. 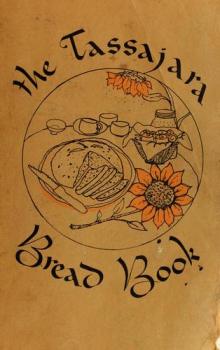 My favorite little cafe in Durango, at that time, was called The Warm Flow.  They served food on hand-thrown pottery dishes and had daily postings of their bread, salad, soup, and quiche.  The first thing I cooked from the Tassajara cookbook was a cauliflower and swiss cheese quiche with whole wheat crust.  Proudly presenting this to my family for dinner, it was about as close as I got to seeing my dad cry.  It wasn’t that he was proud of my accomplishment, it was that he couldn’t bear thinking that this was what he had to eat for dinner.

Today is the last day to use up our Thanksgiving turkey and I think I’ll borrow a recipe from my old Tassajara Cooking, making their Half and Half Pie Crust in a pot pie that I think even my dad would love.

Half and Half Pie Crust

Adapted from The Complete Tassajara Cookbook

The half and half title comes from using half white, half whole wheat flour, and half butter, half oil for the fat.

Mix together the flours and salt.  Cut in the chilled butter, leaving pea-sized chunks.  Mix in the oil and enough ice water to bind.  Form into one or two disks and chill or freeze until ready to use.  When ready, bake in preheated 400 degree oven until browned.

This was a delicious use for not only the rest of our shredded turkey, but also the Farmers’ Market vegetables I had optimistically stocked up on two days before my surgery.  They were gracious enough to wait for me in the crisper of the refrigerator until I could come back around.

Cut all vegetables to a similar size.

In a large,  heavy-bottom pan, saute vegetables in olive oil until beginning to soften, then pour water over them, covering the pot to let them sweat for 5 minutes more.  Add shredded meat.  Sprinkle flour and stir to coat ingredients.  Cook the floured mixture for 2-3 minutes more.  Add poultry stock.  Allow the sauce to thicken a little.  Adjust seasonings.

Pour filling into a deep baking dish.  Roll out pastry and lay over the top.  Place in 400 degree, preheated oven, with a baking sheet underneath to catch drips from boiling over.  Bake until pastry is browned and filling is bubbling.  Allow to rest for 5-10 minutes to cool and allow sauce to thicken.

4 thoughts on “Half and Half”